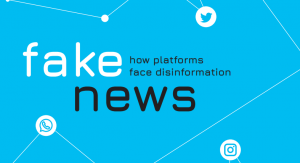 The research analyzes disinformation as a strategy to obtain political and economic gains. It relates this phenomenon to the current configuration of the Internet, which is characterized by the participation of digital monopolies that act with the aim of capturing users’ attention in order to collect and treat personal data which are later used for the creation of profiles and for directing messages, such as advertisements or political propaganda.

It considers that the platforms business model favors the occurrence of disinformation that, although not introduced by them, as it can be seen also in the history of traditional media such as radio and TV, becomes more constant, comprehensive, penetrating and of rapid circulation due to the forms of production, circulation, algorithmic mediation, and access to information that are typical of digital platforms.